How To Level A Rifle Scope

Leveling a rifle scope is fairly simple, though it requires care and focus to be done properly. It’s one of the things that have to be done when mounting to ensure accuracy on your shooting equipment. This holds greater significance to Airsofters using a hop up system in their rifles.

The hop up system basically creates a backspin on the BB, which in turn, generates some lift. This allows the BB to follow a relatively straight flight, as opposed to its natural parabolic trajectory, for as long as it can maintain lift. And that’s why it’s more important for hop up enabled rifles/guns to stay leveled. If you tilt the firing angle left or right, you also change the direction of lift from the hop up, thus veering your BB off target left or right.

To start, we’ll be needing a solid base to hold the rifle in place. A gun/rifle vise would work great, but for those who don’t have it (like me, lol) you can always improvise. You’ll also need small levels, which you can buy at your local hardware stores.

Place the level(s) on the rail mount of your rifle and adjust until the bubble centers. 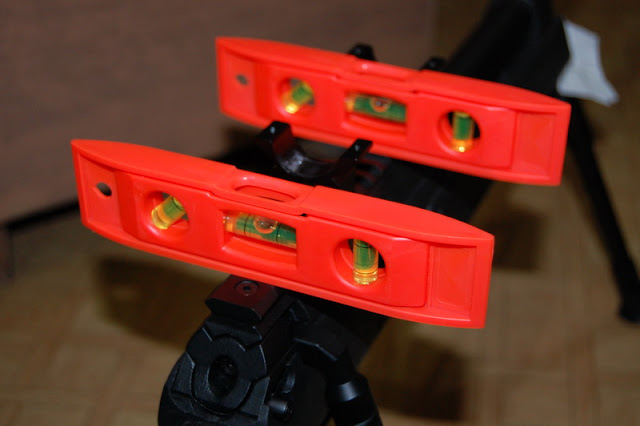 Here you can see I used two. I was also making sure the the rail itself is precise so I put two levels on different sections to check. I actually did this on multiple sections to verify the quality of the rail.

Make sure the rifle is secured once it’s leveled. It’s absolutely important that the rifle will not move when you do the next step, which is leveling the scope.

Place the scope on the base of the mounts and adjust it to the position that you wanted earlier. Then loosely fasten the scope with the top rings. Tight enough to hold it in place, but loose enough to effortlessly rotate the scope in its place.

Then place a level on the top turret and adjust until it centers. 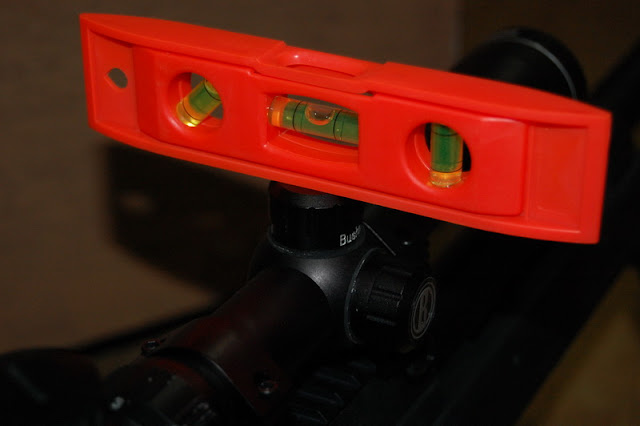 After it’s leveled, fasten the scope by carefully tightening the screws on the mounts. Make sure the scope does not slide out of its leveled position while doing securing it in place.

You now have a leveled rifle scope and you should be ready for the next step, which is to zero in your reticle.